Scratch is a famous block-based visual-oriented programming language. It also serves to be a programming website that is targeted objectively at children aged between 8 & 16 years. The Scratch programming language is also a leading educational tool for the purpose of coding. The users of the site can help in creating projects on the web-based system with the help of a block-like interface. The service has been developed by the MIT Media Lab. Read on and we’ll guide you to some useful Scratch Programming Games Pdf’s you can use to accelerate your fun learning. 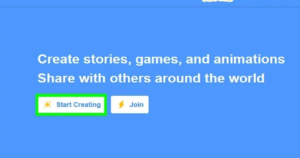 The Scratch Programming language is translated in over 70 languages. Moreover, it is used in a majority of the world. Scratch programming language is taught as well as utilized in schools, colleges, and after-school centers in addition to other public-based knowledge institutions. As per the reports of March 2021, community-based statistics on the official website of the language reveal over 73 million projects that are shared by more than 68 million users, along with over 38 million website visits on a monthly basis.

Scratch is known to derive its name from a technique that has been utilized by disk jockeys –referred to as scratching. In this technique, vinyl records get clipped together as well as manipulated on the turntable for producing different types of sound effects as well as music. Just like scratching, the official website of Scratch allows the users to combine together different forms of media (like sound, graphics, and other types of programs). This is done in creative ways through the creation and remixing of projects like animations, video games, simulations, and so more.

Reasons to Make Games on Scratch

As we have mentioned already, Scratch is one of the easiest coding platforms for kids of all age groups to consider building interactive projects online. The platform remains easily accessible for most devices –including desktop Operating System. It also serves to be a great starting point for coders who are starting out –from 8 years and above for starting with the coding fundamentals with the help of block-based coding. 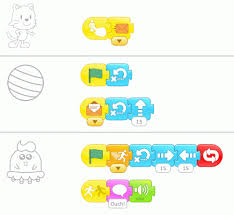 When you would visit the community of Scratch at https://scratch.mit.edu/, you will come across an impressive collection of advanced video games that are being constantly added as well as updated from time to time. The Udemy Scratch programming language is perfect for the creation of fun-filled games as it offers support for player input while offering the players almost unlimited control over the respective code of the game.

What is a Game in Scratch Programming?

Games are regarded as one of the most popular ways of entertainment that is gaining popularity in the modern era. There are several types of interactive games that are played for both fun as well as educational purposes, or even both. In Scratch programming, if something is regarded to be as a game, here are two important considerations:

If both the requirements are accomplished, then it can be regarded as a game. Is it a good one? Time will tell.

When people consider games, then they are mostly known to consider complicated and popular video games or some advanced computer-based games like Fortnite or Minecraft. However, as far as reality is concerned, games are not required to be larger in scope. The games can be as simple as the Tic-tac-Toe or the Rock, Paper, & Scissors.

The Scratch interface is categorized into three sections –a block palette, a stage area, and a separate coding area for placing and arranging the blocks into proper scripts that can be implemented by pressing the green flag. Otherwise, you can also click on the given code itself. The users can also consider creating the respective code blocks as they would be appearing in the My Blocks section. Benefits of Scratch Programming for Games

Of course, we have many of our own free tutorials here on Programmingmax. So why not stay a while, follow along and make a few games like PacMan, Flappy Bird, Agario and Mazes here

And if you want to commit to a full basic course on Scratch programming taught by me, Programmingmax? Jump on on for our 25% discount on the course at Udemy now. The course comes with a 100% satisfaction money-back guarantee from Udemy, zero risk! Scratch challenges.
Test yourself against these Scratch challenges. The following content of this article is going to be…
Scratch Easy Platformer Game Tutorial Online
A platformer game can be regarded as the simulation of real physics taking place in…