The Scratch programming language is made for young kids, teens and even students who have an interest in coding.You can create interactive apps with multi media content. In total there will be 6 teaching lessons. The student should start off with drawing a simple sprite in the Scratch editor. Additionally, make them draw a background tool. All in all, they should compose a nice picture. Scratch is a handy tool for drawing a package within a limited space size. The core aim of this first lesson is to learn that any sprite is a graphical element or object that can be dragged around the stage individually, separated from other elements. And the backdrop merely adds an in-depth visual feeling giving a wider context to the sprite. Make sure that the students experiment with different painting tools, manipulate with its size and even use the duplicate function. The next Scratch lesson plans will resolve around the motion and sensing category. The student should know how to move objects on the stage by recognizing a X and Y coordinate grid. The blocks from the sensing category allow the objects to follow another sprite or the mouse, and they can also detect when a certain condition or collision takes place. When making a sprite follow your mouse around the screen, introduce the ‘forever’ loop block. Then comes the introduction of keyboard events, when a particular arrow key triggers a certain script. Next I will talk about variables.

In the Scratch lesson plans, the variables are one of the core features in programming language. At first present them as basic numbers which can be used globally for all scripts such as the score in a game. And it can be used locally for a particular sprite. For example to set the speed of a sprite. To build more complex and elegant apps on Scratch you must know the application of broadcast and receive blocks. The student should already know that events can be used to control the app and do a series of commands. Broadcasting blocks can broadcast a message to all the other sprites in the project, and they can react to the received message by doing anything you have made them to do. To receive a broadcast message, you have to use the ‘when I receive a message’ block, which are located in the event category. This can be useful to proceed to the next level. Students should be fairly confident in using the Scratch editor by now. You can now make a new assignment where they create a game as their end project. To receive diverse outcomes and encourage the breadth of ideas, present a few game samples in varying complexity.

Finally, tie up all the concepts from the Scratch lesson plans to create a nice looking presentation of their project. It can be then seen by their parents on the main Scratch website. At the end of this practice the student will know many of the Scratch features based on the lesson plan and on their own exploration of the editor. This gives them a solid opportunity to develop a set of skills needed for programming. Not only that, but they should also have improved their communication with one another, because by helping each other we can achieve a goal far quicker. 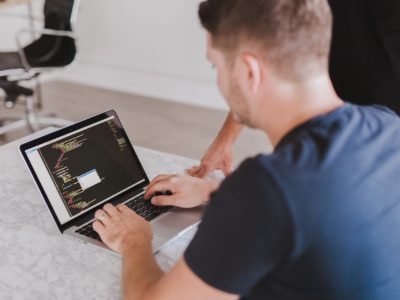